Storm water management in the city of Helsinki

Helsinki is a fast growing city. In 2018 the city had 643 272 inhabitants and it is estimated that by 2050 Helsinki will grow by 200 000 new inhabitants. This means that the city will have to build new areas and face urban densification. Increased area of impermeable surfaces together with the challenges related to climate change, such as increased rainfall and rising sea level call for strong emphasis on sustainable storm water management.

Densifying the city structure is one of the objectives in Helsinki City Strategy 2017–2021, “The Most Functional City in the World”. According to the city strategy, the amount of green areas must be increased in the urban structure in order to promote cost-efficient storm water management. By proper management and utilization of storm water, also other city strategy objectives are promoted, such as attractiveness of the environment, biodiversity, good state of small watercourses and adaption to climate change.

The Integrated Storm Water Management Program consists of six objectives and a priority order on how storm water management should be planned and how storm water should be treated and conveyed. It also includes 38 actions and the responsible services within the city organization for implementing them. In the program, special emphasis is put on utilizing storm water as a resource for urban space, possibility to densify the city structure based on the city master plan, adaptation to climate change, promoting the new legislation, and cost monitoring. A storm water group, consisting of representatives of different services of the Urban Environment Division, is mainly responsible of the actions that concern development of cooperation and operations model, coordination of storm water management and communications and training of storm water issues within the city organization as well as monitoring and reporting of the implementation of the program.

The six objectives for storm water management stated in the Program are 1) to utilize storm water to increase the attractiveness of the environment, maintaining biodiversity and promoting a good condition of surface and groundwater 2) ensure regional and local drainage while taking the impacts of climate change into account 3) prevent and eliminate the disadvantages caused by storm water in changing conditions and densifying city structure 4) keep storm water flow rates under control and improve storm water quality 5) reduce storm water conveying into wastewater sewer 6) use cooperation and procedure models supporting systematic overall management of storm water, and secure sufficient competence and resources.

To ensure sufficient green infrastructure when building new blocks in a dense urban environment, Helsinki uses Green Area Factor (GAF) as a planning tool. It is a tool for increasing greenery of lots in a dense urban environment and includes a variety of different sustainable solutions to be used on lots. These represent for instance green roofs, raingardens, swallows, preserving of trees and inclusion of new vegetation and meadows. Using the GAF is a requirement in the zoning regulations. The garden designer calculates the GAF in the block plan and the GAF scorecard is attached to the building permit. Construction supervision services checks that the target level is reached.

One large scale example of implementation of sustainable storm water aims in forms of detention and retention is the Kuninkaantammi residential area. Here, the area is designed pedestrian friendly including a lot of green storm water solutions from green roofs to raingardens and wetlands both on lots and in public areas.

One of the challenges in storm water management in the old city center of Helsinki is the combined sewer system. In these areas storm water and wastewater is mixed in the sewage system and led to the wastewater treatment plant. According to the new law, cities have to move away from the combined sewers. With increased rainfalls, the capacity of the sewer system will not be enough, which leads to overflows of both storm and wastewater and may endanger the treatment capacity and quality at the WWTP. Rebuilding the old combined sewers to separate systems is proceeding however very slowly, about 25 km in 10 years. This means that other measures infiltrating the water have to be taken into use to prevent the storm water from ending up in the sewer system. According to the priority order stated in the Storm Water Management Program, storm water should be firstly treated and utilized at the source or if that is not possible conveyed away from the source with a system that retains and detains the water. The lack of space in the built old areas of the city poses a real challenge to this priority order.

Besides the combined sewer system and flooding, also the quality of storm water is of increased concern in an urban environment. Especially suspended solids binding nutrients, heavy metals and other hazardous substances are harmful to urban water systems. In order to improve the storm water quality in the most problematic areas, Helsinki has implemented different storm water filtration solutions. These solutions include for example a biochar filtration pilot next to a small industry area. Storm water from the area is led to a shallow sedimentation basin with a mixture of biochar and crushed aggregate at the bottom. On top of the sedimentation basin there is a dense willow thicket which evaporates the water and absorbs nutrients and contaminants. With the solution, it has been possible to reduce the amount of oil, nutrients, heavy metals, solid matter entering the Haaga brook and at the same time slow down the water flow. Another nature-based solution can be found in Maunulanpuisto park. In the solution (CITYWATER project co-funded by the European Union LIFE+ programme) storm water flows through a biolfiltration system with a size about 700 m2.  The system consists of a sedimentation basin and an area of planted vegetation binding nutrients and heavy metals. Both of these solutions clean storm water before it ends up in the Maunulanpuro brook where the sea trout is breading and thus are part of the protection of this fish species and other biota in the brooks. In addition, in the iWater project an underground storm water chest was designed to retain micro plastics from heavily trafficked road in the city center. This chest was later on realized in the Smart & Clean storm water project. For part of the storm waters from the Pasila area, there is also a comprehensive meandering stream system and sedimentation basin to clean storm waters before they enter the Töölönlahti bay in the city center in Helsinki, to name a few different implemented sustainable solutions in public areas. 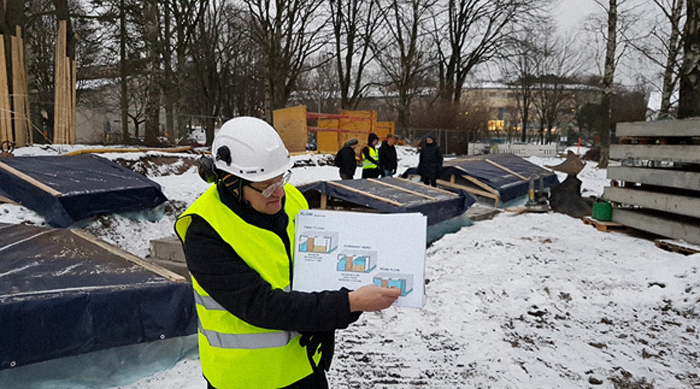 You can read more about the listed solutions in the Baltic Smart Water Hub: 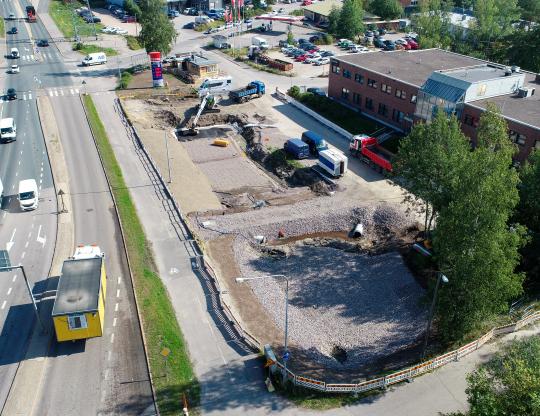 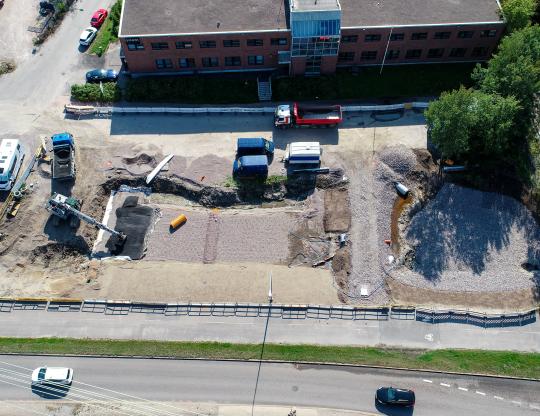 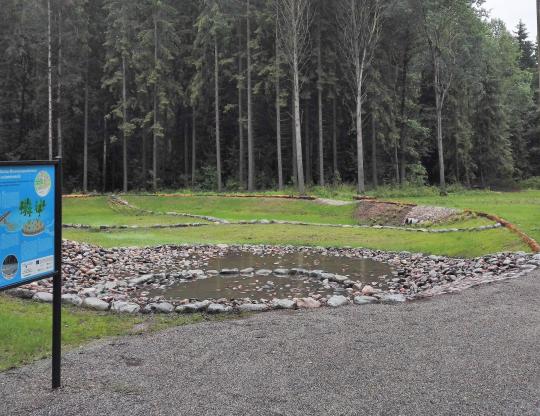 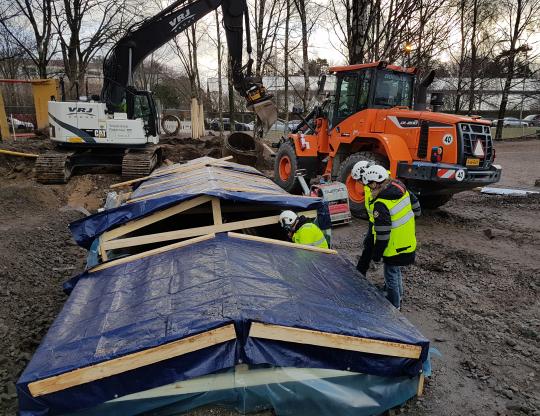 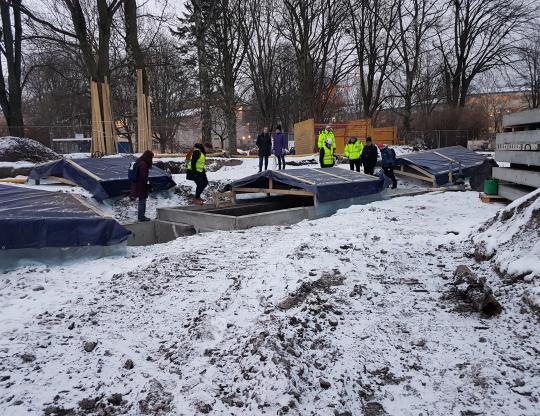 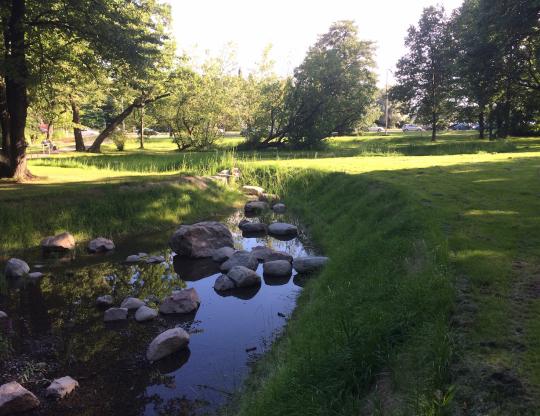 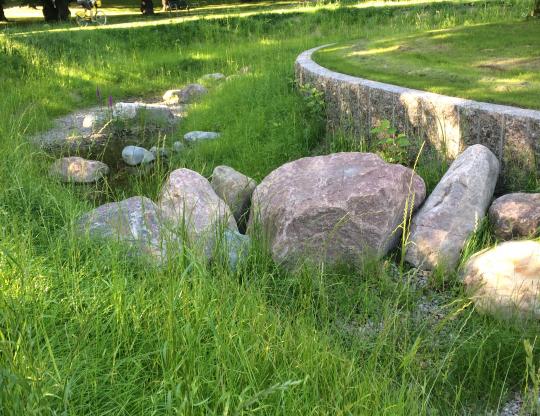 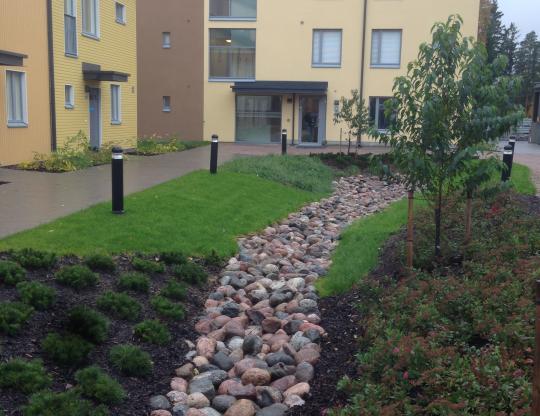 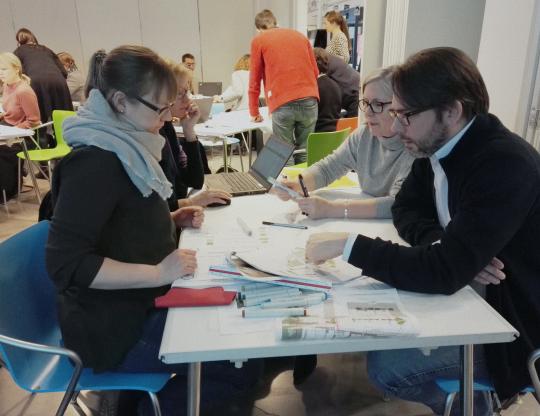 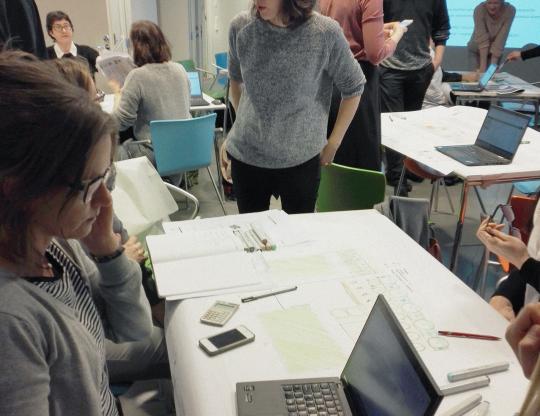